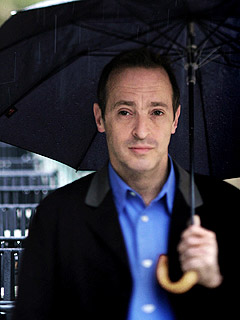 Described as ‘the rock star of writers’, Sedaris appears regularly in The New Yorker and has had a number of bestselling essays. His new book “Let’s Explore Diabetes with Owls” will be published in late Spring 2013.

Featuring all-new readings of his work and a book signing, David Sedaris will appear for one night only at the Aronoff Center this November.